Murga, Corso, Carnaval? I'm still trying to figure it all out!

Last weekend, being the first weekend of February, the barricades and bandstands came out here in Boedo (as well as all over Buenos Aires), for the Murga.

It is very easy to confuse the Murgas with the other special events held in Latin countries (as well as New Orleans) at this same time of year, events based on music, dancing, singing, and costumes.

BUT. There's no nudity at the Murgas (check out the typical covered-up costumes below), the special dance to the distinctive bass drum has nothing to do with the sexy samba, and the songs often are political. Plus the Murgas have nothing whatsoever to do with Lent. Besides watching and imbibing, traditionally the spectators spray each other with cans of soapy foam. (Watch out for your eyes.) 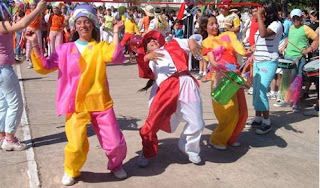 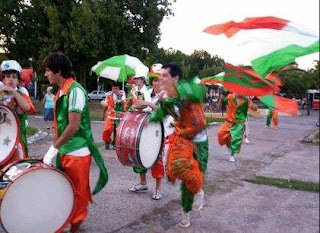 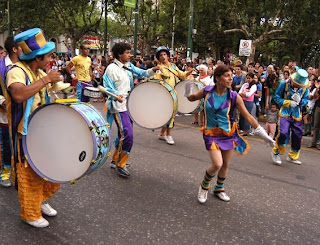 Now Carnival, or Carnaval, is all about having fun, and having as much as possible before Ash Wednesday (40 days before Easter), when Catholic life turns away from the pleasures of the flesh to remember Christ's suffering in the wilderness and the agony which is to come. Live today because tomorrow we die sort of thing.

Thus Carnaval celebrates eating, drinking, dancing, partying, and sex. In the long distant past, Carnaval was only celebrated on the night before Ash Wednesday--Mardi Gras, (Fat Tuesday in France.) But then it was so much fun--and such a tourist attraction--that Carnaval stretched itself out for weeks, especially in New Orleans, Rio de Janeiro, Guayleguachu, Argentina, and Venice, Italy. As luck would have it, February is hotter than heck in Rio and Argentina, so it's only natural to dance 3/4 naked, right? But it's winter in Venice, and so the wardrobe of Carnaval is elegant--and warm.


Now Corso is the parade--floats, dancers in feathers, bands--and if there is a special place for the Corso (as in Guayleguachu), it's called the Corsodromo--with grandstands for the spectators. 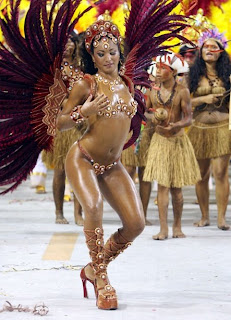 A friend sent me this photo below from Venice. It was a dream of my late husband and me to go one year, but unfortunately it wasn't meant to be. I'm sure he's watching now, dressed in his own angel wings. 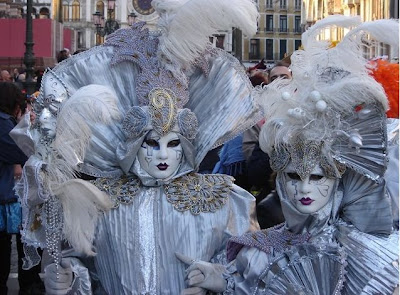 Here I am participating in the Carnaval parade in Evian-Les-Bains, France, as a Dalmatian. I remember it was SO cold (March 4), that I had enough layers under my costume to make me feel and look like a sausage--no feathers here! 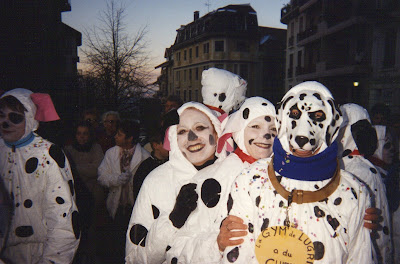 If you pay attention to the lyrics of tango, you will notice how much of the letra is about Carnaval!
at 6:25 AM 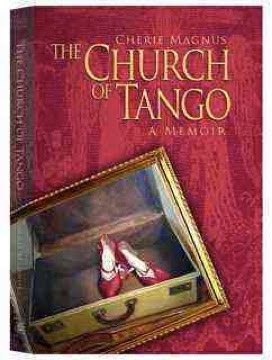 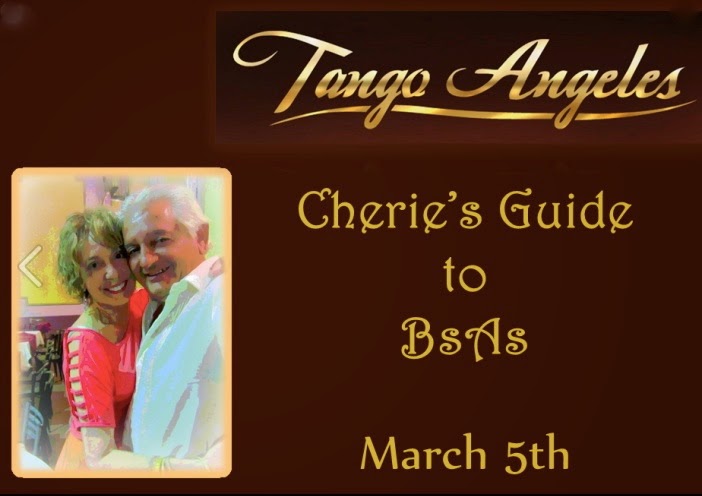